In takeovers of listed companies, an acquirer will sometimes (but not always) pay a premium above the market price. The inference is that buyers are prepared to pay a premium for control. This control premium depends on such factors: as the industry, whether the acquirer already as a share in the target and how heavily traded the companies are.

According to an RSM study on observed premiums in takeovers in Australia, premiums were observed to be the highest in the Pharmaceutical and Biotech industries with offer prices at an average 38% above market prices 2 to 20 days before the offer. Real estate had the lowest observed premiums, an average of 21%.

Transactions with the lowest market value, less than $25m, had the highest observed control premiums, an average of 49%. Whereas the largest transactions, over $500m, had the lowest premiums, an average of 23%. Which is not surprising. A large company will have heavily traded, liquid stock and there is also a lot more company information available to investors, compared to a small traded company.

In a Mckinsey study, control premiums were observed averaging 40%. Although in this case, the study appears to attribute the premium as a nod to buyer synergy.

The justifications for an acquirer paying a premium for control may include:

The acquirer is expecting to improve the earnings of the target and may also expect some synergy benefits in merging operations (where it’s a strategic buyer vs an investment buyer).

The matter is far from clear. A common current argument is that Control in its self is not the basis for a control premium above a public share price. What matters is that, after an acquisition, the acquired company is now under a different management/ stewardship. A price higher than the publicly traded price might be reasonable if the new management expects to improve cash flow or reduce risk.

Key issues in valuing minority interests include consideration of the following:

In contrast, shares in private companies are not liquid. There is no ready market. They can not be sold instantaneously. Buyers need to be found. The Discount for Lack of Marketability exists to value a minority holding in a private company compared to what that interest would worth if the company was listed.

“The Discount for Lack of Marketability (DLOM) is an amount or percentage deducted from the value of an ownership interest to reflect the relative absence of marketability”, AICPA

Valuing minority interests in private companies requires understanding other additional factors, such as:

There are two key studies that provide evidence of DLOM: Restricted stock studies and IPO studies. 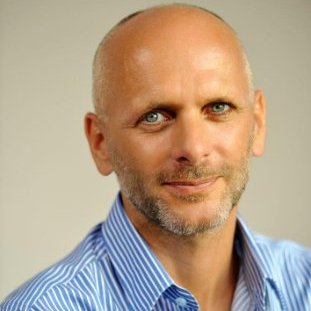 Simon specialises in providing forensic accounting and business valuation services in Brisbane. Prior to founding Lotus Amity, he was a Forensic Accounting partner with BDO Australia and led their National Forensics practice. He has worked as a forensic director for a major offshore forensic accounting practice which included assisting in multi-billion-dollar litigation in relation to the largest Bernie Madoff feeder fund. He has also held senior management positions with Deloitte and Crowe Horwath. Simon is a Chartered and a Certified Fraud Examiner.