In a similar vein, business valuers and accountants can interpret transactions in different ways. Numbers can be recorded and recognised in ways that paint an entirely different financial picture of a business.

The critical areas in accounting that require judgement include timing, recognition and value:

Fortunately for accountants, in preparing financial statements, there are accounting rules. International Financial Reporting Standards. These rules guide and instruct us on when and how to recognise items in the financial statements. But these rules are themselves subject to interpretation.

“Say you have a dog, but you need to create a duck on the financial statements.  Fortunately, there are specific accounting rules
for what constitutes a duck: yellow feet, white covering, orange beak.  So, you take the dog and paint its feet yellow and its fur white and you paste an orange plastic beak on its nose.  Then you say to your accountant, “This is a duck! Don’t you agree that it’s a duck?” And the accountants say, “yes, according to the rules, this is a duck”. Everyone knows that it’s a dog, not a duck, but that doesn’t matter, because you’ve met the rules for calling it a duck.”

Quite simply, Enron had lots of dogs pretending to be ducks. Eventually, investors and investigators discovered the duck imposters.

As a result of the discovery and unwinding of the abused accounting rules, Enron’s share price evaporated, and the business failed. At that time, Enron became the largest bankruptcy in US history.

Liabilities. Liabilities are defined as present obligations the settlement of which is expected to lead to an outflow of future economic benefit. The recognition and quantification of liabilities require judgement.

Accruals. One of the most fundamental ideas in accounting is the Accrual Concept. Under the Accrual Concept, the accountant recognises revenue and expenses in the financials in the period they occur. Which is not necessarily when the cash is received or paid. The Accrual Concept is about timing, which requires judgement.

Matching. An extension of the Accrual Concept is the Matching concept. The Matching concept states that a company needs to recognise the associated costs in generating revenue in the same period that it recognises the revenue. The accountant matches expenses against revenue, which requires judgement.

Accounting requires judgement. How have the financials been painted? Take a closer look. Make sure there are no dogs pretending to be ducks! 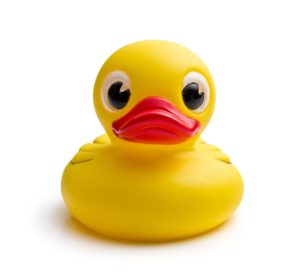 Simon is a CA Business Valuation specialist, Chartered Accountant and a Certified Fraud Examiner. Simon specialises in providing valuation services. Prior to founding Lotus Amity, he was a Corporate Finance and Forensic Accounting partner with BDO Australia. Simon provides valuation services in disputes, for raising finance, for restructuring, transactions and for tax purposes.